What is a GFCI and Why is it Important? 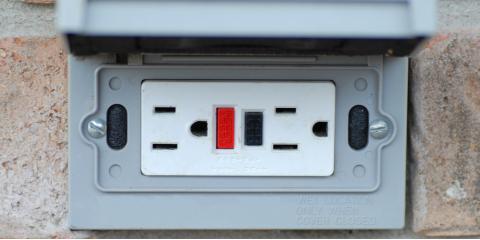 A GFCI is a very important component of a home and the safety that it provides.

What is a GFCI?

A GFCI is a Ground Fault Circuit Interrupter – which is a tool created to keep people from getting shocked by outlets.

The GFCI is installed anywhere that there is potential danger to humans from the environment that the outlet is in, like near a shower. Water sources with outlets nearby are the most often places where GFCIs are used.

A GFCI outlet may sound like something you have never seen before, but they are very common and are in many rooms in every home and building. A GFCI outlet is different than regular outlets because it has a red “test” button in the middle, and below it has a black “reset” button. These buttons are located in between the two plug sockets.

What Does a GFCI Do?

The purpose of a GFCI is to break the circuit whenever it detects a current that is imbalanced. The current being imbalanced means that one side is attracting more of the electrical current.

The GFCI will interrupt the electrical current and stop it from going to the other end that is being interrupted. This was created to reduce the amount of shock that a person or animal will get if they come into contact with an outlet.

Why is a GFCI Outlet Important?

Overall, GFCIs are not only a good investment to make for your own safety, but they will also keep your appliances from being damaged and greatly reduce the risk of electrical shock and electrical fires.

Liberty Inspections provides top quality and friendly service to cities along the western border of Tennessee and Kentucky.